Let’s go behind the scenes of the Marinière, where Saint James will open its doors to uncover the manufacturing process behind the traditional “chandail marin” (wool sailor jumper) and “marinière” (Breton shirt).

Established in 1890 – coincidentally the same year as the Eiffel Tower was born – Saint James began as a weaving company that used the local wool from sheep grazing around the Mont St Michel. Today, Saint James, together with 320 employees, continues to manufacture the traditional “chandail marin” and “marinière” in the little Normand village that also bears its name (St James).

Did you know that it takes 23km of wool yarn, 18 stages of knitting, and 15 days, to fabricate a jumper? Additionally, the fleece of one sheep can produce three!

Discover the different steps involved in the manufacturing of this classic French garment in this fascinating webinar! Enjoy a glass of cider, wine, or whatever beverage you like, and join us for a walk through the Saint James “atelier” (factory)!

Live Streaming straight from Saint James (Normandy – France)!
To receive the link to your chosen webinar, make sure you book your seat (free of charge). If you are interested in this webinar but are unable to tune in at the scheduled time, do not worry – book your seat anyway as you will have access to a replay afterwards! 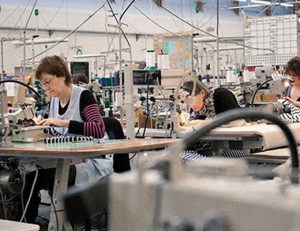 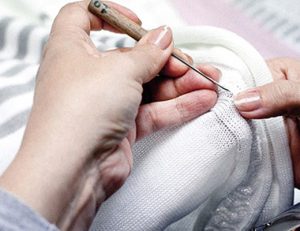 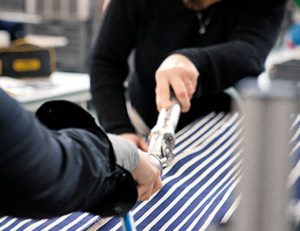 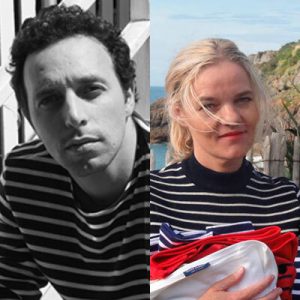 With a sparkling style and a passion for SAINT JAMES Clothing’s workshops, Jacqueline Petipas-Directrice de Collection (Director of Collections)-returned to her native region of Mont Saint-Michel,5 years ago. Here, she enjoys creating a collection from start to finish, from the initial design to the first time it appears on a model.

Thibaut Guigues– President of Le Festival and Founder of Le Comptoir Francais
Thibaut has been in Australia for the last 13 years. Leaving Normandy for the sunshine state was a fairly easy decision. 5 years ago He founded Le Comptoir Français to offer French brands that he grew up with. He also distributes Saint James and 727 Sailbags here in Australia and New-Zealand. Thibaut joined Le Festival’s organisation in 2012.