What: Cultural Webinars, Gastronomy When: 2-Tuesday

Welcome to a webinar all about the popular French succulent pastry – les croissants!

For the gourmands and croissant lovers, this is the place to be. Join Julien as he shares a few handy hints for making your own croissants – how to properly incorporate the butter into the ‘pâton’ (dough), how to ‘tourer’ (roll the dough), and how to shape the perfect ‘croissant’ (crescent).

Using techniques, ingredients, and tips readily available to the discerning home chef, this is the perfect opportunity to discover a new delicious viennoiserie recipe to add to your repertoire.

Live Streaming from Newstead – Brisbane!
To receive the link to your chosen webinar, make sure you book your seat (free of charge- Donations welcome)! If you are interested in this webinar but are unable to tune in at the scheduled time, do not worry – book your seat anyway as you will have access to a replay afterwards! 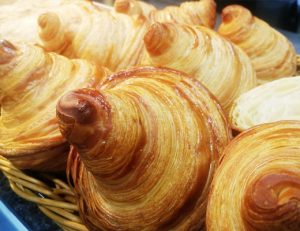 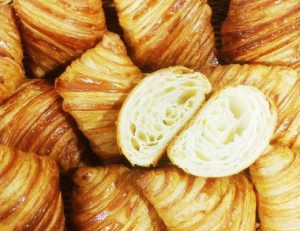 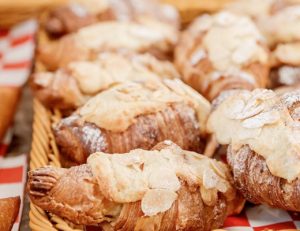 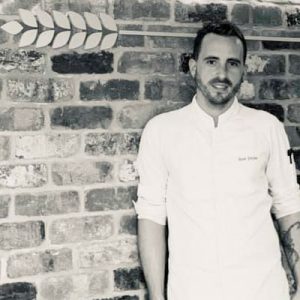 Julien Sion is the head pastry chef at MICA patisserie and King Street Bakery and has been in Australia for two years and a half. At 16 he began his internship at Lenôtre in Paris, one of the best bakery and pâtissière in the world. After spending five years in Paris and two years in the south of France with the same company, he became in charge of one of the outlets in Nice. Following a move to Monaco, he worked for five years in the Nobu restaurant at the Fairmont Monte Carlo hotel. For that reason, Julien loves Japanese culture and food, and its ties to French pastry.