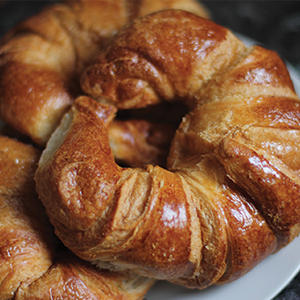 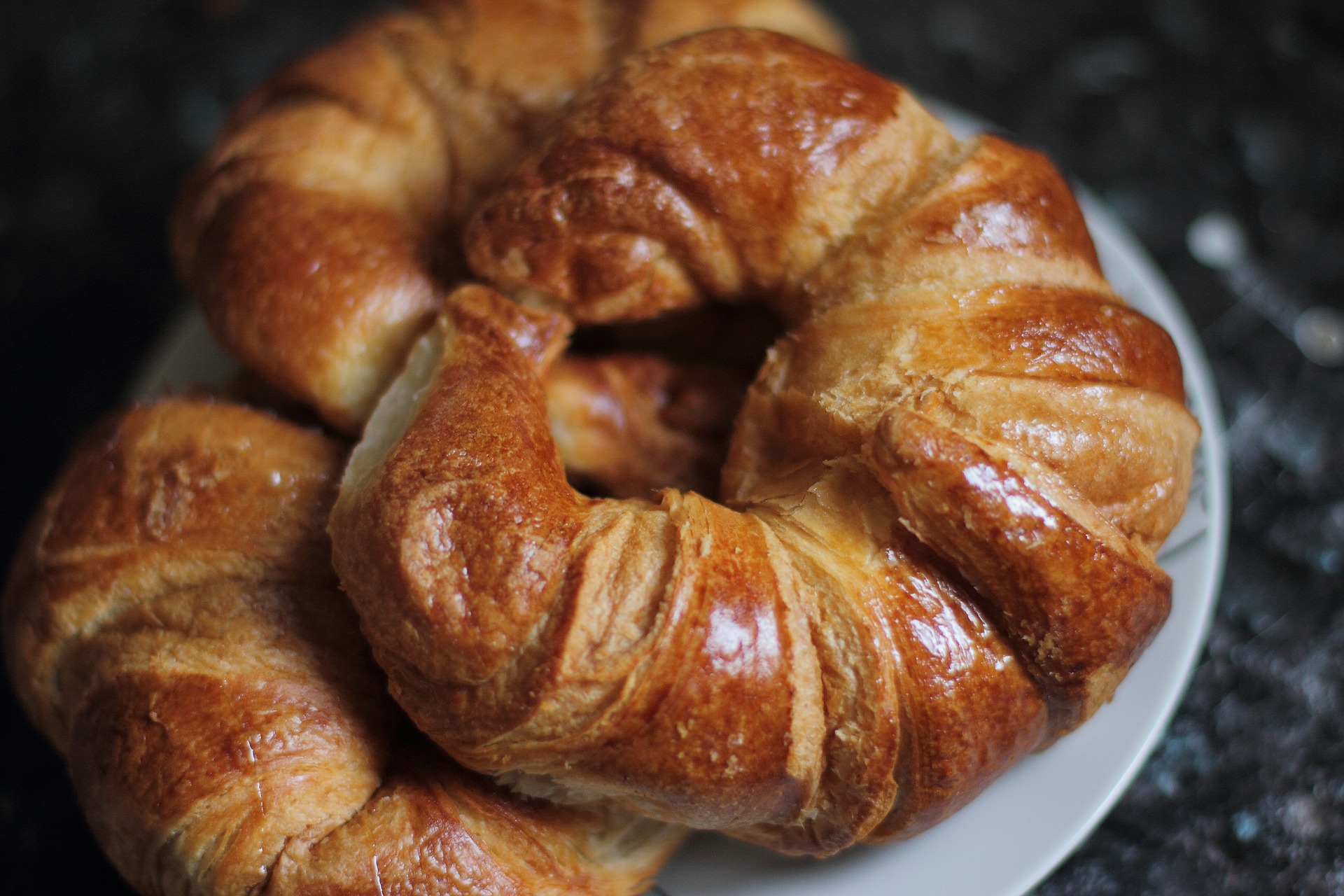 Whether you are an eager home cook or budding professional chef, this is the Masterclass for you. A delicious essential to any cook's breakfast repertoire is freshly baked pastries. Join Daniele Panetta from Le Cordon Bleu Australia in this specially-designed youth class. Chef Daniele will guide you through the steps for making the perfect croissant, from the preparation and lamination of the dough to the shaping and baking of the croissants. And yes, you will get to taste these wonderful creations! 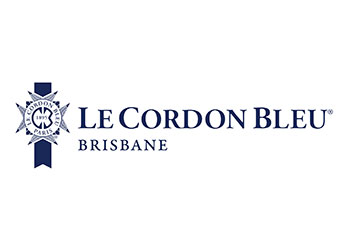 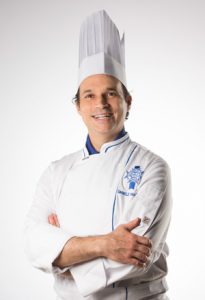 Daniele Panetta is a professional patisserie and culinary chef with more than twenty-five years of experience in traditional French cookery. Daniele has worked in a range of five and six-star restaurants, cafés and patisseries in Rome, Monte Carlo, London and Australia. He has built an extensive repertoire of skills in European Patisserie and Cuisine, excelling in French patisserie, specialty cakes, breads and cuisine. During his time in London, he even had the honour of baking cakes for the royal family.

With a love of fresh produce and cookery stemming from his early childhood, Daniele knew his destiny from an early age. By the time he was thirteen, he was studying classical French cookery in Italy. In an interesting twist of fate, Daniele studied the works of Henri-Paul Pellaprat who founded Le Cordon Bleu school in Paris in 1895.

Daniele’s connections to Le Cordon Bleu continued into his apprenticeship, where he worked under the tutelage of Le Cordon Bleu chef, Lucio Cappanari of La Sirenetta (The Little Mermaid) restaurant. This mentorship only served to spark Daniele’s passion of the French culinary arts, creating dishes for many Hollywood celebrities over the years.

Cappanari’s expertise led Daniele to work at a range of venues including the Ambasciatori six-star hotel in Rome, in an Italian seafood restaurant in Fontvieille in Monte Carlo and at Soho’s Patisserie Valerie before successfully owning and operating his own business and receiving high commendations for his specialty French culinary.

Taking his hospitality expertise to the classroom, Daniele is now a passionate teacher for the French-founded and global education leader, Le Cordon Bleu, where he enjoys sharing his expertise and traditional techniques with his students.

All sales are final - no shows will be charged the full amount without refund
Schedule subject to change. Attendee must be aged 15 to 18 years for this class, ID check might take place.
All Masterclasses tickets include free entry Le Festival ticket for the day of the Masterclass. 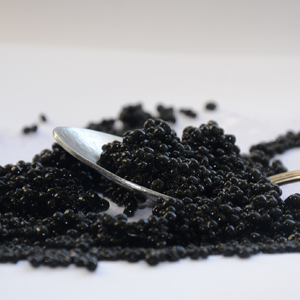 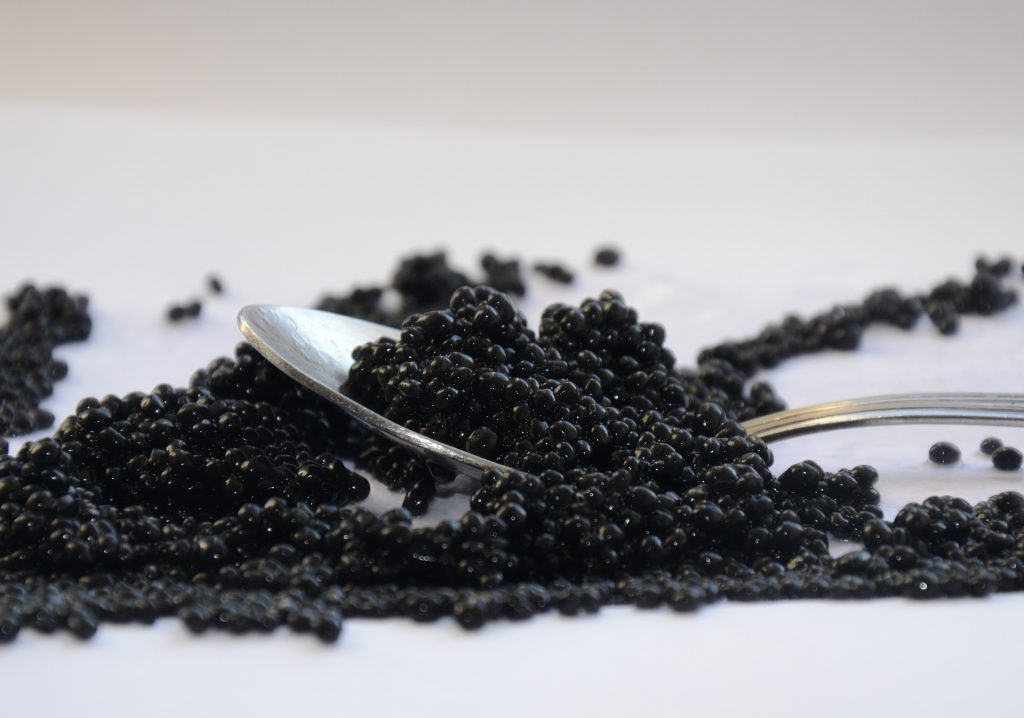 Whether you’re a caviar connoisseur or eager to sample this gourmet ingredient, this workshop is the perfect opportunity to tantalise your tastebuds.

Missed out? Check out our Champagne Tasting masterclass 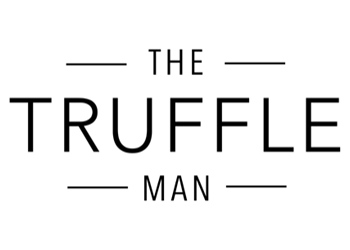 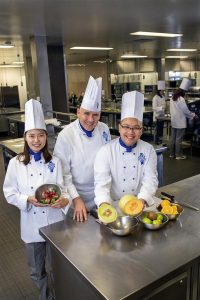 Tom was born and raised in England, and trained at the prestigious Ritz Hotel Piccadilly London.

He has had a global career working as Executive Chef in many of the world’s prestigious hotels and restaurants.

After this accolade, Tom went on to represent Australia in the World Cup of Cuisine – known as The Bocuse D’Or – and is now the current President of the Australian Bocuse D’Or Academy.

As the Culinary Arts Technical Director of Le Cordon Bleu Australia, Tom takes great pleasure in sharing his passion, skills and knowledge with the next generation of professional chefs. 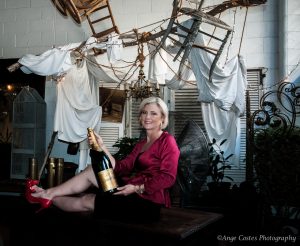 The Truffle Man is a small family run business co-founded by Philippe and Amanda Reboul after relocating to Brisbane from France in 2006.

With a passion for gourmet foods and wines, they aim to bring the very best quality fine food and hard to source boutique wines and champagnes to the Australian public.

Also known as the Bubble Diva, Amanda also loves to write about her passion for champagne in her blog - Tasting the Stars. 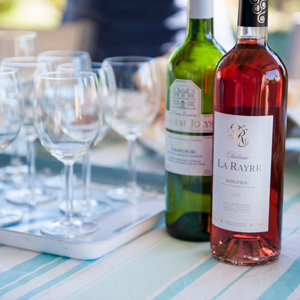 Discover the secret wines produced in the south west of France including the famous Bordeaux region. Craig Underhill from DiscoverVin will take you on a journey to discover great value wines that the French seem to be keeping to themselves! You will savour the exceptional wines of this region as we take a quick tour of the white wines of Bergerac and Jurançon and the red wines of Bergerac, Madiran, Saint Mont and Cahors. Learn about the indigenous grape varieties grown in these ancient wine regions and find a new favourite wine.

Hire Republic Masterclasses
(Behind The Wheel of Brisbane)
South Bank 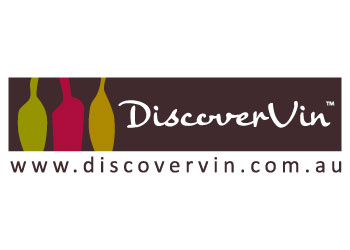 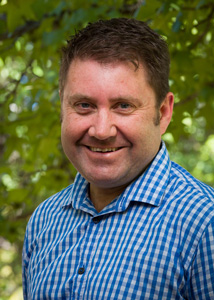 DiscoverVin was launched in 2009. Founded by Craig and Helen Underhill and Mary Harrington. After an extended sabbatical living and travelling through France they returned to Australia and decided to share some of their wine discoveries with Australian consumers. DiscoverVin focuses on wines that offer authentic French flavour and impressive quality, together with value for money. They have sought some of the best and most typical wines from areas known predominately to French connoisseurs such as Jurançon, Madiran and Cahors. Many of their wines are from independent producers and have travelled little outside of France. Several have converted or are converting to organic and/or biodynamic practices. Craig is passionate about the wines of this fascinating part of France. 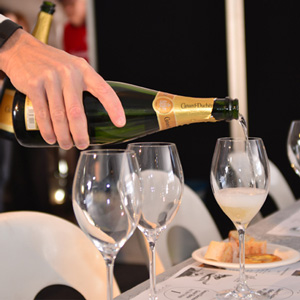 Discover exquisite French Champagne with an unforgettable tasting experience hosted by Amanda Reboul, finalist in the Professional Division of the prestigious Vin de Champagne Awards in Australia (2014). Amanda will guide you through five cuvées from the prestigious Champagne house of Canard-Duchêne. 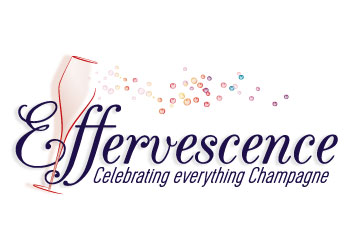 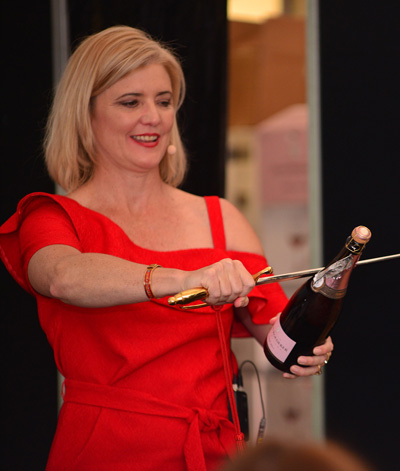 Amanda Reboul lived for many years in France where she developed an interest in wine and champagne with her French husband. Her understanding of wine making was enhanced by regular visits to winemakers in the Loire Valley, Burgundy, the Rhône Valley, Languedoc-Roussillon and Champagne (for which she has a particular passion). Countless tastings over the years have also served to develop her palate. During her time in France, Amanda became inducted as a ‘Chevalier-Sabreur’ (sabering knight) with the Confrerie du Sabre d’Or, an association founded to promote the enjoyment of drinking champagne with the art of sabrage.

In 2016, Amanda established Australia’s first Champagne Festival, Effervescence, to provide a real Champagne experience to champagne enthusiasts without the need to travel to France. She also runs regular champagne tasting events, including masterclasses, lunches, dinners, and leads a much sort after tour to the Champagne region in October each year. 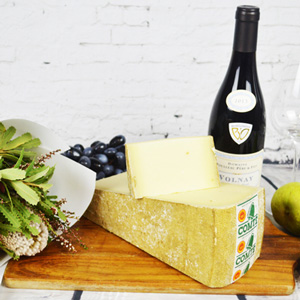 Calling all French cheese lovers! Whether you are a Roquefort expert or a Comte rookie, Cheese 101 is the place to be.

Let Pierre Lantourne of Le Fromage Yard guide you through a tasting of six fine and prestigious French cheeses, from fresh to delicious blue vein and everything in between. You will leave armed with the knowledge you need to approach even the most daunting of cheese counters and create a perfect cheese course of your own. Each of these incredible cheeses has a story and we will explore each one.

In 2019, Ultimate Cheese 101 participants will be served French wines from Voila! Wine Company to enjoy alongside their delicious cheese tastings.

Hire Republic Masterclasses
(Behind The Wheel of Brisbane)
South Bank 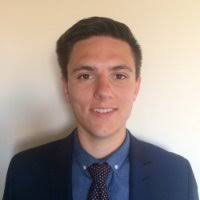 Inspired by his native knowledge of French cheese , Pierre established Le Fromage Yard in 2015 with co-director Stephanie Stevenson. They celebrate the unique and delicious taste of cheeses from the different regions and traditions of France, stocking over 40 lines of cheese, including goat, sheep and cow's milk. While French cheese remains closest to their hearts, Le Fromage Yard  also sources a variety of the finest cheeses from elsewhere in Europe and Australia.

Voila! Wine Company is the product of an alliance between Borderac Crus et Vins, a successful merchant based in Bordeaux, France – and a young French man originally from Provence with a similar passion for wine. It was established in June 2017 to introduce the classified wines that made Borderac Crus et Vins a worldwide recognised wine expert.

Ben Noir caught an early break as a Featured Acrobat in Baz Luhmann’s Moulin Rouge. In his off-screen life, he subsequently moved to Paris, worked his way from street performance, via a plethora of obstacles, to some of the most (in)famous cabaret and burlesque stages in the world. He teams up with comedic accordionist Paolo Campanari Brancondi and the fabulous Du Barry Dancers, to present Ben Noir: A French Cabaret.

Ben dazzled our embassy guests with his fabulously flamboyant show, capturing the best of Australia’s humour, colour and talent. Ben was inspired by France and the French love him back. With his stunning flute-like vocals and his ability to sing Non Je Ne Regrette Rien while maintaining a perfect handstand, this is a cabaret show like no other!

The band Julia Paul is the combination of three stories, three different music conceptions, three decades: Julia Paul, Johan Cazalas and David Le Roy. As soon as the trio got together in early 2015, things started to take off. "Falling in love" was the first song they entirely arranged together. In 2016, the singer Julia Paul easily won the Music Explorer contest on France O TV Channel. After earning her place in The Voice France's 6th edition, she left the show a few steps away from the final. From her solo experience in France she gained much knowledge which nurtured her music and consolidated the band's electronic tendencies and its desire to play all the instrumentation live, with no pre-recorded electronic sequences.

Tyssia, a New Caledonian singer and songwriter, creates a folk music mixed with a touch of powerful pop, in a multicultural spirit. Since 1999 she sings on stage in French and Futuna, her Polynesian mother tongue.
Discovered during the Femmes Funk Festival in New Caledonia, she started her career in Noumea and arrived first in the music competition Neuf Semaines et un Jour organised by the France Ô TV channel. This was her ticket to the famous Francofolies Festival in La Rochelle, France.
The New Caledonian singer is known for the quality of her lyrics with universal messages, her flexibility and her assertiveness on stage.

A festival favourite, our gorgeous and talented can-can dancers will kick off the festival at 6pm on Friday night and then perform twice on Saturday and late Sunday. Check the program for exact times to make sure you don’t miss out!

A festival favourite, our gorgeous and talented mini-cabaret dancers will perform twice on Saturday and Sunday. Check the program for exact times to make sure you don’t miss out!

Menu
Let’s face it, no look is really complete without the right finishes. Not to the best of standards, anyway (just tellin’ it like it is, babe). Upgrading your shoe game. Platforms, stilettos, wedges, mules, boots—stretch those legs next time you head out, then rock sliders, sneakers, and flats when it’s time to chill.
Buy Tickets